Bioagra launched the so-called catalytic oxidation at the “Goświnowice” Ethanol Plant – it is another element of the fermentation odor reduction system. The company also carried out research showing that the first device included in this system works very effectively.

Recently, Bioagra SA has invested as much as PLN 19 620 000 in reducing odor and excessive sound. In the middle of the year, the company set up an ethanol absorber. This is the first part of the odor reduction system created during the fermentation process, designed by American and Polish specialists.

Recently, the company launched the second part of the system, the so-called catalytic oxidation, which is based on high power electric heaters. Both devices are already permanently included in the technological process. They were immediately adjusted to the target volume of ethanol production, which the plant will achieve next year, after the ongoing investment process.

After starting the absorber, the first element of the system, the company carried out laboratory tests that showed that the 20-fold device reduced the amount of ethanol escaping from the fermentation vats. He was responsible for transferring the characteristic smell felt around the plant depending on weather conditions.

Catalytic oxidation – a device that reduces the smell of: 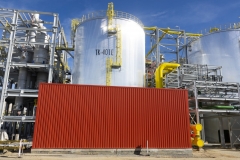 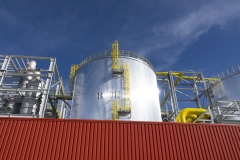 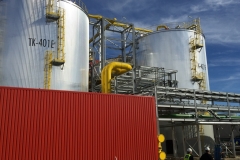 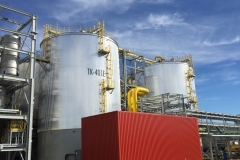 In August this year an additional olfactometric study of the fragrance environment was conducted, with the participation of the so-called nose-man (people with an extremely sensitive sense of smell). They showed that starting the absorber reduced the perception of the fermentation smell to several hundred meters around the company.

– The first of a series of planned devices has already significantly reduced the odor from the fermentation process, which has been confirmed by various studies – says Mirosław Obarski, the company’s spokesman. – We have recently launched another element of the system, the catalytic oxidation. We hope for further reduction of the smell. We are now working on the best possible integration of new devices with the ethanol production plant.

The company is also planning further olfactometric tests of the fragrance environment. It was agreed with the local community that representatives of villages adjacent to the Ethanol Plant would participate in them. Bioagra SA wants to be sure that the devices, in which the company has invested huge resources, work with the highest efficiency.

Bioagra SA has been running a program to reduce its impact on the environment since 2018. The company has implemented such measures despite the fact that it produces ethanol in accordance with the standards in force in both Poland and the European Union. The company’s management has guaranteed the local community that it will commission the development and implementation of solutions that will permanently reduce the intensity of smell and sound generated in the production of ethanol.

Conceptual work is underway on the third element of the odor reduction system, which at the same time will replace approximately 80% of carbon dioxide generated in the fermentation process with new products. The implementation is initially planned for 2021. Bioagra SA will then become one of the greenest enterprises in Europe.