Once again Bioagra SA supported the organization of the International Polish Championships in Sailing Class FD (Flying Dutchman). Sailing is one of the most ecological and at the same time photogenic sports. Both amateurs and professionals can compete in In the FD class.

Over a dozen teams competed in the competition, but only two Polish and one Czech crew competed with the winners. Tomasz Kledzik, president of the Flying Dutchman Racing Association, reminds us that Germany is currently dominating this world sport discipline. 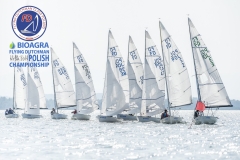 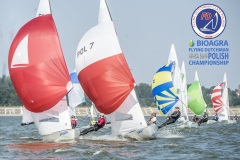 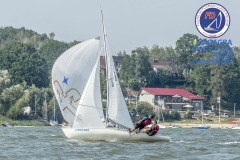 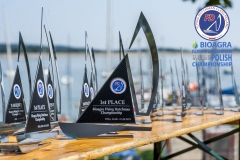 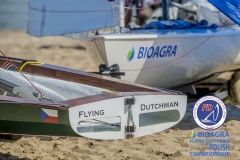 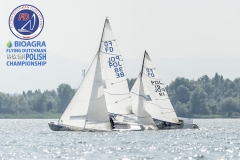 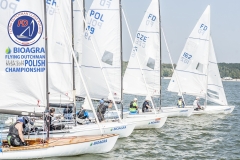 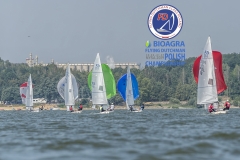 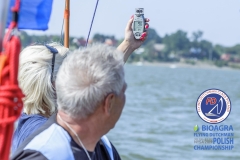 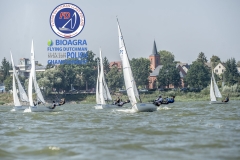 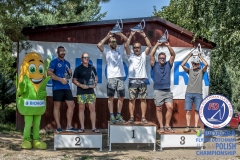 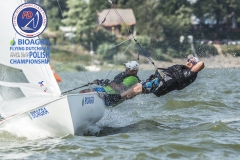 The winner, the German sailor Markus von LEPEL from the Berliner Yacht Club, said that it was one of the best events he was at. During the competition, it was possible to combine fierce competition on the water with a great, friendly atmosphere on land. This is supported by the infrastructure of Nysa sailing club. It allows all competitors to be in one place during and after the competition.

Tomasz Kledzik points out that swimming in the Flying Dutchman class is a big challenge for crew. A sailboat requires ballasting even in light winds. In addition, it is necessary to modify the sail settings during the competition, when the wind changes. The competition concentrates on who will be first at the start.

– It’s a bit like pole position in Formula 1 – explains Tomasz Kledzik. – You must start in such a way as not to be obscured by sails of competing boats, otherwise the yacht will lose speed.

This year the weather was a bit surprising. After almost the first day of the regatta, a fairly strong wind came the next day, which reached up to 5 degrees on the Beaufort scale. This required the crews to change the yacht sails settings during the competition and a lot of physical work on the water.

Nysa reservoir is extremely beautiful. The proximity of the mountains makes sailing on it both an unusual sport and aesthetic experience. Despite the demanding weather conditions (strong winds), the crew managed to avoid tipping, which happened quite last year. This is a good testimony to the preparation of sailors for this competition.

Flying Dutchman (Flying Dutchman) is an Olympic class of open-deck yacht with a crew of two. The name was taken from the legend of the Flying Dutchman. This is a very demanding sailing discipline – the large sail area results in yachts being strongly maneuverable and swimming very fast. Even a simple mistake can result in the yacht tipping over.