Bioagra SA has set up the so-called absorber, the first part of the system for reducing the intensity of aroma generated in the production of ethanol. In this complicated operation – the device measures nearly 20 meters and weighs almost 30 tons – a dozen or so people and two specialized cranes participated.

The absorber, also known as ethanol scrubber, developed at the request of the company by a team of Polish and American experts, was set up very efficiently. Despite the fact that it weighs several dozen tons and its target location is practically the interior of the production complex. To carry out this operation, two cranes were used, which together lifted the device from the truck. Then, specialized equipment with a lifting capacity of 70 tons took over the weight of the absorber and lifted it above the roofs of the plant. Then he slowly lowered the washer between the components of the installation onto the previously prepared foundation with special fixings.

In the coming weeks, the ethanol scrubber will be included in the technological process. Testing and calibrating the installation with a new device will be conducted next month. This is a key operation for the proper functioning of the entire system. The scrubber’s task is to condense the maximum amount of ethanol rising from the fermentation vats and return it to the technological process. This will allow for effective reduction of alcohol vapors and enable the implementation of the second stage of the investment. It will be the construction of a catalytic oxidation device. According to experts, the solution will help to eliminate the characteristic smell that comes from the fermentation process. It can be felt inside and around the plant depending on weather conditions. 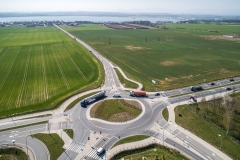 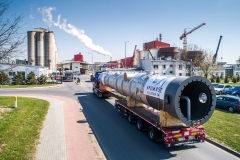 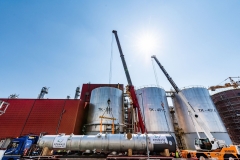 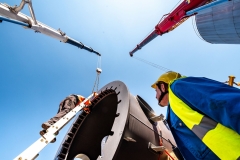 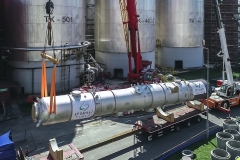 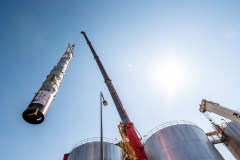 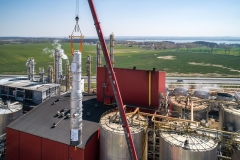 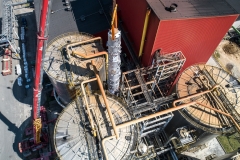 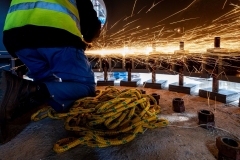 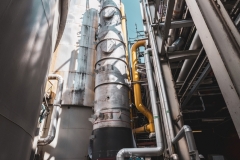 Bioagra SA has been running a program to reduce its impact on the environment since 2018. The company has implemented measures despite the fact that it produces ethanol in accordance with the standards in force in both Poland and the European Union. The company’s management has guaranteed the local community that it will commission the development and implementation of solutions that will permanently reduce the intensity of smell and sound generated in the production of ethanol.

Only recently has Bioagra SA allocated over PLN 8 000 000 for this purpose. The company silenced the grain elevator tower windows and fans at its top last November. Specially designed sound suppressors were mounted on them. Before that, the company replaced a new part of production equipment, and also modernized the infrastructure for unloading corn grain, which reaches the plant by railway wagons. The corn grain cleaning line was also modernized to move the loading of the so-called chaff into the plant and reduce the volume of sound propagating towards Goświnowice. For the same purpose, foundations that will extend the elevator line and provide a natural sound screen have been poured into new grain tanks in recent months.