Bioagra is going to help operate Nysa’s ice rink. The company signed a contract with Nysa’s Development Agency to give the popular facility financial and material support worth PLN 50 000.

Nysa’s Development Agency opened the city rink at Kraszewskiego St. in the challenging time of difficult access to the energy needed to freeze the ice sheet. Bioagra offered help and became the official sponsor of the facility. This guarantees additional finances that will secure its running until the end of winter season.

Total support offered by Bioagra adds up to PLN 50 000 and includes both financial and material help. The company will supply additional, professional ice skates and gear that improves the safety on the road: protective helmets and fluorescent vests. Mr Kukurydza – the company’s mascot – will be present at events organized at the rink. 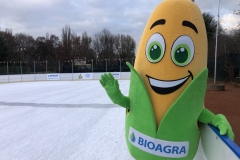 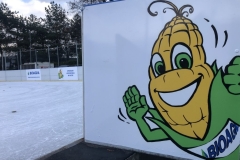 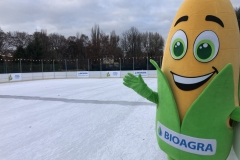 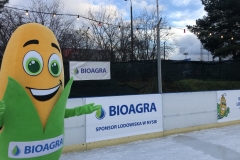 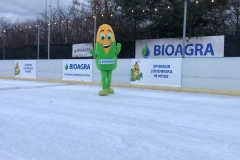 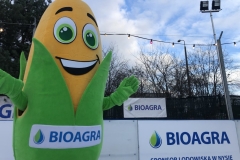 The ice rink made its comeback on the map of Nysa’s winter attractions on 1st December 2009. It was then reopened after 20 years. The 20×40 m wide rink fits 50 people, including children aged 0-7 years, remaining under the supervision of their adult guardians. The cooling system allows the rink to be used even when the temperature rises to 10 celsius degrees.

City ice rink in Nysa is open for schools from Mon to Fri, 8am – 3pm. Later, from 4pm the facility is opened to everyone. On weekends, the rink is open from 8am to 9pm, with a 1-hour technical break between 3 and 4pm.