As every year, Mr. Kukurydza wishes Happy Holidays to drivers passing by the Ethanol Production Plant. This year, we placed the Christmas greetings on the electronic boards of the new logistics system, which reduced the volume of vehicle traffic around the company.

For several years, Bioagra has illuminated the Ethanol Production Plant with occasional illuminations, greeting the local community and travelers by the Nysa bypass. On behalf of the company, Christmas wishes come from Mr. Kukurydza, who this year also appeared on the information boards of the new logistics system. 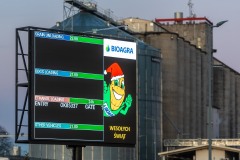 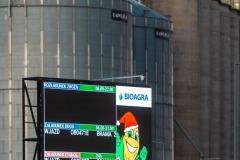 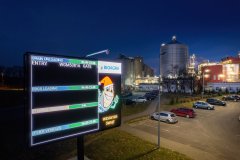 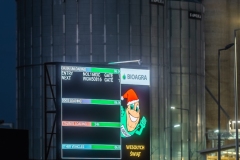 – This is our proprietary solution that improved the movement of vehicles around the company, as requested by the local community – said Mirosław Obarski of Bioagra SA. – The queues of vehicles with grain, which lined up during the maize harvest on the access road to the plant, have practically disappeared.

The new logistics system has also significantly improved the working conditions of drivers and farmers delivering maize for production. The investment in the system included the creation of an extensive IT part that controls vehicle traffic and a number of infrastructure modifications. For example, an additional entrance to the plant was opened, a section of the road was added and the parking lot for trucks was modified. The total cost of the solution totals to over PLN 5 million. 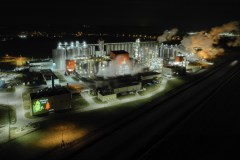 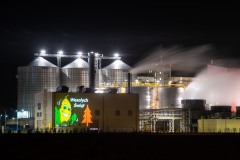 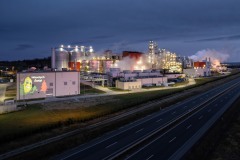 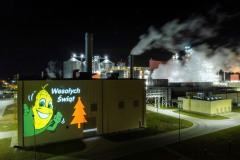 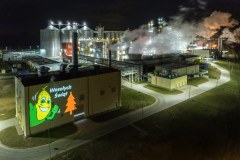 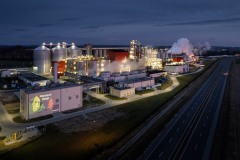 The improvement of the process of receiving grain and receiving finished products was introduced despite numerous difficulties resulting from the next year of the company’s operation in the wake of the coronavirus pandemic.