2022 is another year in which Bioagra supports children and youth by funding prizes in tennis tournaments played at the Nysa courts. Competition participants receive prizes that are useful for practicing this sport, as well as fruit delicacies.

Continuation of support, by Bioagra among others, and a further increase in interest in tennis brings very tangible results. 40 young tennis players from Nysa, Opole and Kędzierzyn-Koźle participated in the recently held Nysa Mayor’s Cup. This means that the number of participants increased year-to-year from a dozen to several dozen players.

– It is unusual that the tournaments in Nysa are free, there is no so-called entry fee – says Monika Chudzińska from the Nysa Tennis School. – Our goal is to instill in children the willingness to practice tennis and attract all generations to the courts. We create a kind of tennis family together. Children play on the court, parents are involved in refereeing while grandparents and siblings cheer.

As coaches from the UKS Nyska Tennis School claim, even five-year-olds can learn to play. Children learn tennis naturally by imitating, repeating and remembering good habits. The hand-eye coordination developed on the courts is of great importance in the psychophysical development of children. 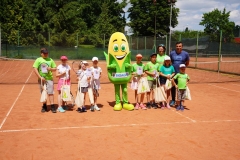 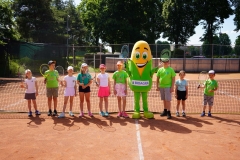 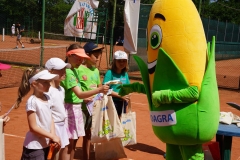 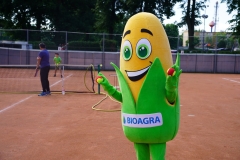 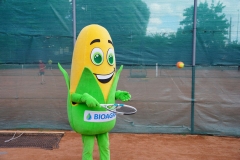 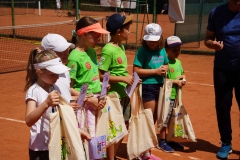 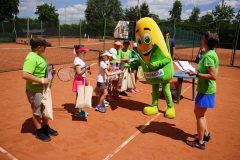 As in the previous year, Bioagra supports all tournaments in the “Nysa Grand Slam” series, organized by the UKS Nysa Tennis School and the District Office in Nysa, as well as a tournament for the Nysa Mayor’s Cup. The courts are made available free of charge by NTKKF Metalowiec.

The games are played on the basis of the rules of the “Play and Stay” program developed by the International Tennis Federation (ITF). For example less bouncy balls that are slower than standard balls are being used during the matches. Thanks to this, it is easier for children to serve and play the ball and earn points from the very first class.

Tennis is one of the best amateur sports that allows you to maintain a healthy and athletic figure at any age.